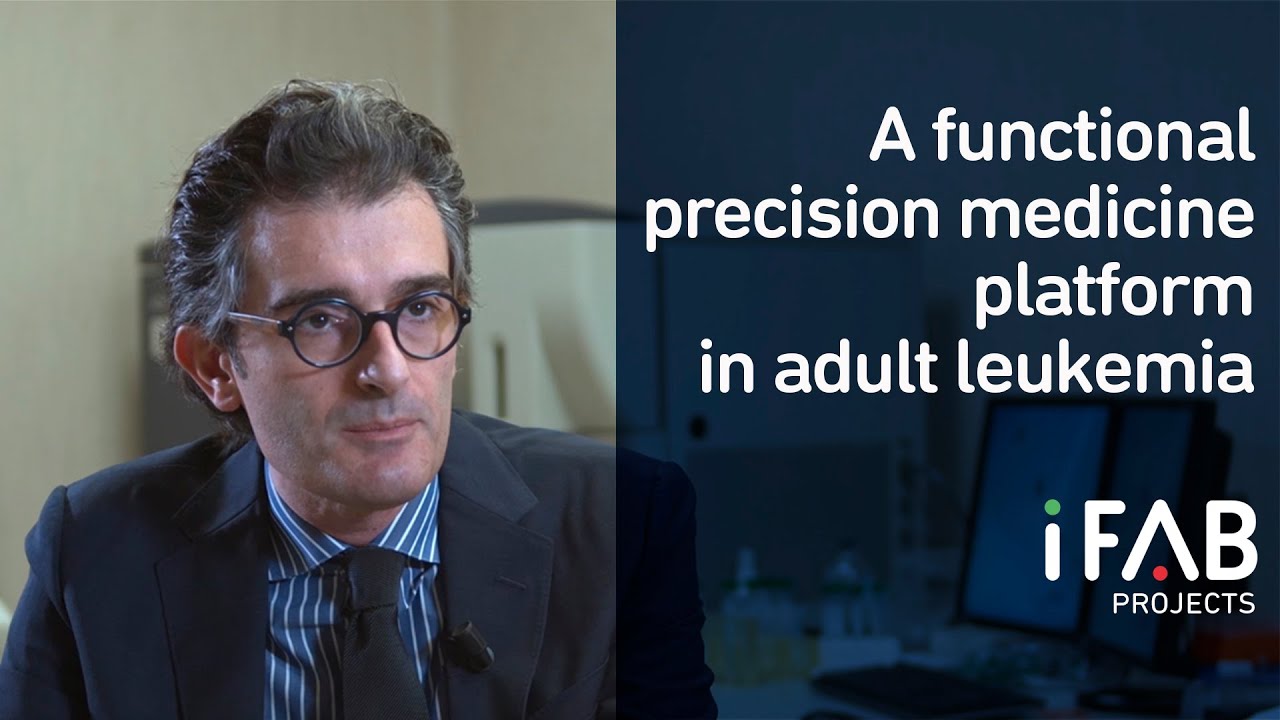 From precision medicine to medical algorithms

The case of “A Functional Precision Medicine Platform In Adult Leukemia”, the acute myeloid leukaemia study funded by IFAB

Acute myeloid leukaemia is a rare disease in adults involving the blood and bone marrow cells, and unfortunately is still very difficult to treat in Italy. A number of factors make the treatment of patients presenting this illness very difficult and complicated. The first factor is age, as the disease often forms in the elderly, an aspect which in turn can hinder treatment or increase the likelihood of treatment being unsuccessful; the second factor is the complexity of the illness itself, which can only be treated in less than 50% of cases and can also return more aggressively in the event of relapses, even following treatment and bone marrow transplants.

The research project funded by IFAB is focused on this specific illness and has two goals: to improve the effectiveness of treatment and, as a consequence, to increase the percentage of treatable patients.

The project aims to go beyond the current binary histopathological approach which, involving the adoption of a similar treatment course for all patients that have developed the illness, by its very nature cannot be universally effective: in statistical terms we know that for every patient in which conventional treatments are truly effective, there is another patient for whom the same treatments are not successful. In fact, cancer is not a standard physical phenomenon that is always the same in every patient; it forms and develops in an environment with lots of differences depending on the patients involved. These are the elements of diversity that constitute the basis for the study carried out by Professor Giovanni Roti (University of Parma).

The project seeks to create a genuine paradigm shift: rather than regarding the disease as something universal, the aim is to treat it according to the way it presents at a specific moment in a specific person. This will result in major changes also for the world of pharmacology.

The pharmaceutical industry only produces certain drugs, those most effective for people suffering from a known illness (e.g. acute myeloid leukaemia); however, there is a series of pharmacological molecules, not yet available on the market, which are potentially more effective for treating specific cases of myeloid leukaemia that don’t respond to standard therapies. This project aims to investigate the therapeutic potential of alternative pharmacological molecules at individual patient level.

How? Thanks to the use of special algorithms which can be used to test the effects of hundreds of drugs on the cancer cells of just a single patient. To understand the scope and importance of this method consider that treatments for acute myeloid leukaemia are currently developed on the basis of a pool of 15 drugs while the “Adult Leukemia” project uses hundreds of drugs, exponentially increasing testing capacity, standardising it and personalising it for every single patient. In other words, drug libraries are used like probes to generate lots more information on their ability to treat this specific illness.

The result of the study is the creation of integrated test and calculation system which produces an algorithm that is able to identify, in a reasoned and scientific way, specific new treatment methods for all forms of acute myeloid leukaemia that do not respond effectively to the treatments used until now, going beyond the universal method of precision medicine to propose an approach that is able to generate, on the basis of specific cases, more specialised and therefore even more effective treatment profiles.

After the complete standardisation of the method, one crucial step will be the transition from individual variability to intra-individual variability, i.e. the switch from the processing of data relating to the treatment of a single person to the processing of data on the treatment of groups of people presenting similar symptoms of the illness. In short, the ultimate goal of the “Adult Leukemia” project is not the identification of a single treatment profile adapted to the presence of a specific illness but rather the generation, using algorithms, of treatment profiles associated with similar manifestations of the disease.

The main effect of all of this will be the identification of treatment courses that are even more effective on an even larger number of people: in terms of numbers – quantifiable on the basis of the work that has been carried out for years in other countries – this means treating between 50% and 70% of people who until now have been regarded as untreatable.