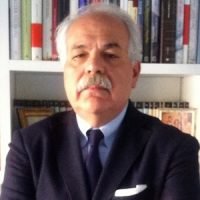 Sanzio Bassini, Director of the Application and Innovation Department of Supercomputing of CINECA, the Italian Interuniversity Consortium.

He has been independent reviewer of many international digital infrastructure projects, recently member of the expert committee of the Canadian Major Science Initiative Fund 2017 – 2022.

Over the years he has been Vice President of the Research Area of the European Technology Platform for HPC – ETP4HPC AISBL 2012 – 2014 and President of the Partnership for Advanced Computing – PRACE Council in the period 2014 – 2106.