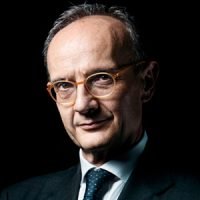 Pier Luigi Ungania, Chartered Accountant, Statutory Auditor, registered as a chartered accountant in Bologna, was born on April 8, 1957 in Bologna and graduated with honors in Business Economics from the University of Bologna.

From 1980 to 2019 he has been Founder and Partner of Ungania Zambelli & Associates and Buscaroli, Ungania, Zambelli and Associates law firms, headquartered in Bologna.

On 1st January 2020 he joined La Croce Bologna, an internationally recognised law firm based in Milan and Bologna.

From 1987 to 1997 he has been advisor to the Bologna District Association of Chartered Accountants, and treasurer for three years.

He lectures on extraordinary corporate transactions at University of Ferrara, Department of Economics and Professions.

He advised several companies on strategic and managerial issues and managed mergers, transformations, divisions, companies evaluations, buying and selling of companies and qualifying holdings in foreign entities, establishments of foreign companies, creation of business plans for the settlement of new production plants in countries of the European region.

He provides strategic and management consulting services to private and public companies in Emilia-Romagna.