The National Centre of Research in HPC, Big Data and Quantum Computing officially kicked off, with a two-day event at Bologna’s Technopole 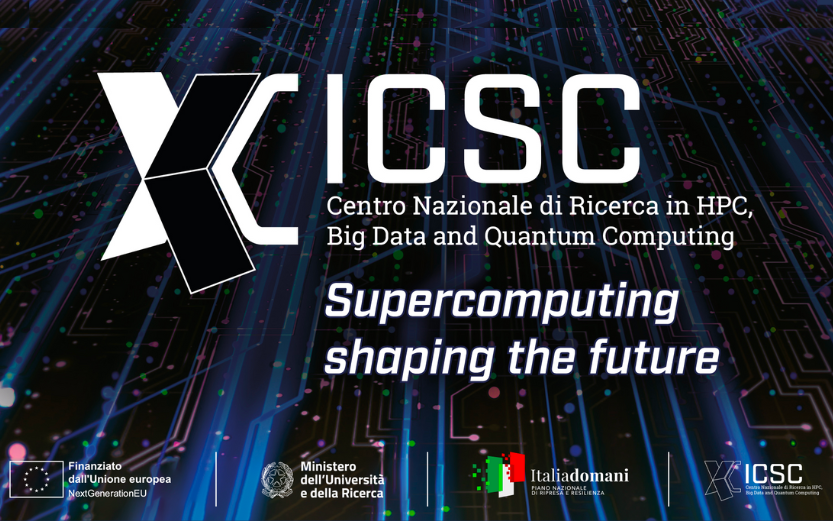 On November 25th and 26th, the kick off meeting of the National Centre of Research in HPC, Big Data and Quantum Computing was held: this was the very start of the scientific and technological action of the Spokes – the research units the Centre is composed of

This two-day event gathered at Bologna’s Technopole the 52 partners of ICSC Foundation – leader of the Centre – including IFAB.

As a matter of fact, the Centre was born to bring together players from the research and academic worlds with businesses and private institutions: the goal is to build a solid foundation for cooperation in strategic fields for our country.

The Centre’s vision is based on some fundamental assets:

The Centre will operate in different sectors: from space economy to climate, from fundamental physics to smart cities, from astrophysics to environment, from engineering to molecular sciences, from omic and in-silico medicine to quantum computing.

Projects of research will be designed both at the National and International level and will cover the analysis and elaboration of high-performance data and innovation in simulations, always bearing in mind the applicability to the most urgent and crucial needs of economy and society.

In the framework of the National Centre, IFAB Foundation operates as an attractant for SMEs: joining the Centre, they will be able to exploit the systematized scientific and technological opportunities, becoming real players in growth and innovation.

The ICSC National Centre is one of the five National Centers set up by the PNRR, as a driving force for the economic growth in our country. It is part of a broader strategic scenario, which includes the entrance in the EuroHPC and the ignition of Leonardo Supercomputer, 4th in the world for computing capacity, launched at the Bologna’s technopole on November 24th. Every step taken so far contributes to give Italy an International leading position in supercomputing and in data analysis.

To find more about the national Centre of research in HPC, Big data and Quantum computing, see the insight on INFN website – INFN is the Centre promoting institution, as established in the PNRR.