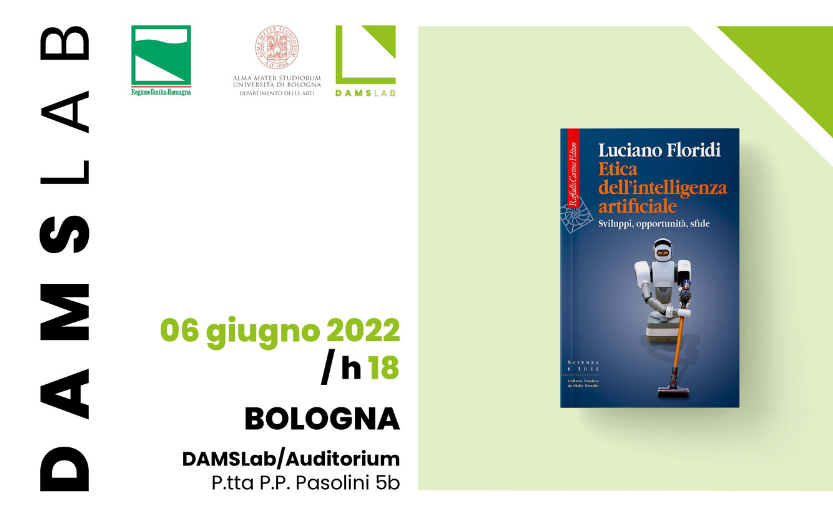 Unibo, Emilia-Romagna Region and Dams Lab organize the presentation event of Luciano Floridi’s book ‘Etica dell’Intelligenza Artificiale‘.
The panel discussion addresses issues linked to the ethic challenge of Artificial Intelligence starting from Luciano Floridi’s book. Important actors will take part in the debate focusing on digital transformation’s benefits for people and community, from citizen to politics: from the algorythm creation to its application in financial market, from the role played by big techs to controller’s, from information society to irrepressible dimension of human being. The debate aims to contribute to trace a meaning path for Artificial Inteelligence towards a common good starting from the duty for people to become wise demiurges, everyday in every activities.

Free entry with limited capacity subject to availability. The event will be held in Italian.