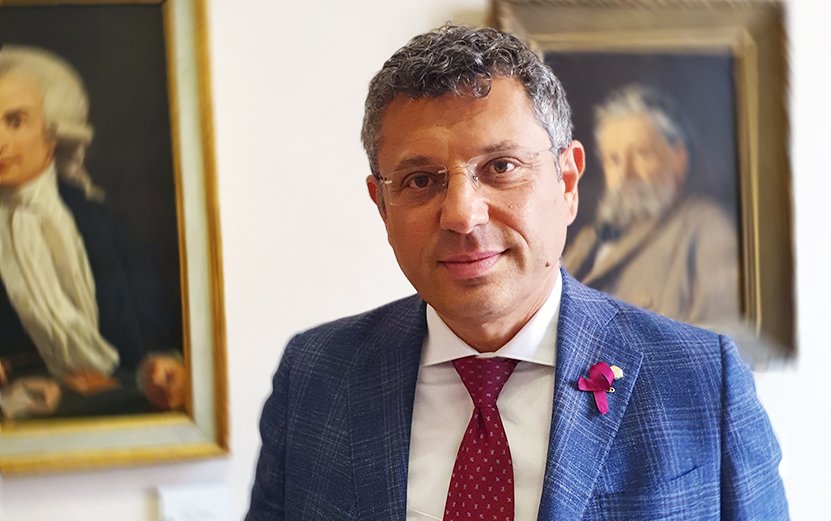 Francesco Ubertini, Rector of the University of Bologna (2015 -2021), was appointed President of IFAB International Foundation Big Data and Artificial Intelligence for Human Development on October 8. Ubertini is also CINECA’s Chairman, the Interuniversity Consortium, reference point at the National level for technology innovation and high-performance computing, which manages high-performance computers of Bologna’s technopole.

IFAB is grateful to the outgoing President, Pier Luigi Ungania, who led the Foundation during its very first two years. It is now ready to welcome the new President, who will lead it in the near future at a time when the integration capacity between scientific system, production systems and public administration is more relevant than ever. This capacity, which involves the sharing of skills and approaches, should encourage the recovery of the European production system and the reaction to some global challenges with relevant impacts on our society.

Francesco Ubertini is full professor of Mechanics of Solids and Structures at the University of Bologna and he is also member of the Academy of Sciences of Bologna Institute since 2015. He is member of the steering committee IHEA – Italian Higher Education with Africa Foundation, member of the Board of Rectors of UnaEuropa – University Alliance Europe, board member of European University Association, member of Academy of Sciences of the Institute of Bologna, president of Federico Zeri Foundation, of Bologna Business School, of Fanti Melloni Foundation, and of Fibra – Fondazione culturale Italo Brasiliana. He is member of ANVUR (Italian National Agency for the Evaluation of Universities and Research Institutes) Advisory Committee, president of the Confucius Institute of Bologna and president of the Fondazione per la Formazione universitaria a orientamento professionale– FUP.In 2016 he was awarded the Thomas Hart Benton Mural Medallion by the President of Indiana University celebrating the 50th anniversary of the partnership between Indiana University and the University of Bologna. In the same year, he was admitted into the Golden Register of the city of Perugia and nominated President of Bononia University Press srl (2016-2019).
In 2019 he was nominated Grand Officer, Ordem de Rio Branco and, in 2018, Cavaliere di Gran Croce, Ordine di Sant’Agata, Republic of San Marino.